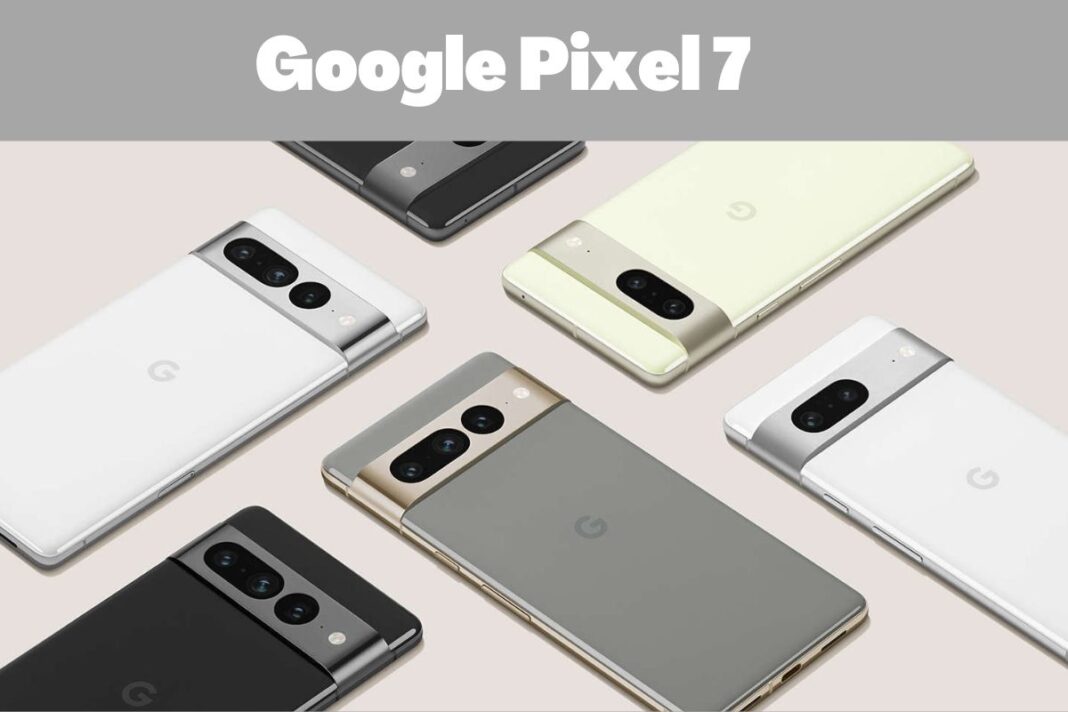 Google Pixel 7 Release Date, Price, Everything we know so far: Google has provided us with an early look at the Pixel 7. We now know what the phone looks like with updated camera lenses on the iconic horizontal bar, thanks to a sneak showing at Google I/O in May. (which is now made of aluminum).

We also know, as expected, that the Pixel 7 will use the second-generation Tensor processor, which will enable even more AI and machine learning capabilities in this fall’s phones.

But there are still many unanswered questions about the Pixel 7, and for good reason: the new phones won’t be available until later this year. Certainly,

More Pixel 7 rumours will emerge in the following months to provide a more thorough image of how Google’s phone will compete for a spot on the best phones list with devices like the Galaxy S22 and the future iPhone 14.

Here’s all we know so far about the Pixel 7 and Pixel 7 Pro, as well as new rumours about Google’s upcoming flagship.

So far, Google has only confirmed that the Pixel 7 and Pixel 7 Pro will be available in the fall. If we had to guess, we’d circle October in our calendars because that’s when Google usually unveils its autumn flagship release.

The Pixel 7 will not be the next Google phone to be released. Google revealed the Pixel 6a, a $449 cheap phone that shares more similarities with last year’s Pixel 6 than the future flagships, at the same I/O presentation where we received our Pixel 7 preview. Preorders for the Pixel 6a begin on July 21, with the affordable phone shipping on July 28. Following that, the way will be cleared for the Pixel 7 launch.

Google will most likely keep the Pixel 7 price under wraps until the fall launch. For reference, the Pixel 6 costs $599, while the Pixel 6 Pro costs $899. That is less than what other phone manufacturers charge for their top products; for example, the Galaxy S22 starts at $799, which is $200 more than the Pixel 6.

As a result, we think Google can keep the Pixel 7 and Pixel 7 Pro prices stable. It’s helped Google’s phones stand out from the crowd, and it’s likely contributed to the Pixel 6 becoming the best-selling Pixel in Google’s history.

Google stated during Google I/O that the Pixel 7 and Pixel 7 Pro will be available in the fall. Most people assumed that the Pixel 7 lineup consisted of only those two variants. There are clues, though, that a third Pixel 7 variant exists.

Because of the on-stage peek at Google I/O, we have the best idea of what to anticipate from the Pixel 7. As previously stated, Google is preserving the horizontal camera bar introduced with the Pixel 6, but with some changes. The main camera and ultrawide camera have been combined; the Pixel 7 Pro has a separate lens, which we think is the telephoto shooter.

It has a very different appearance than the Pixel 6 and Pixel 6 Pro, which have more modest lens designs. The Pixel 7 and Pixel 7 Pro have truly pushed the cameras to their limits. Anyone watching you while holding your phone will notice the lenses stretched across that aluminium bar.

I’m not convinced, but I’m still not sold on the new Pixel design. I appreciate the hidden camera lenses on my Pixel 6 Pro, but I’m not sure I’ll like the Pixel 7’s new focus. In my opinion, the camera bar remains ungainly, and the new bright aluminium bar isn’t inviting at first glance. I’ll have to wait till I have the phones before I make any final decisions.

The Pixel 7 base model is expected to be available in black, white, coral, and blue colours. No leaks have revealed which colours the Pixel 7 Pro will be available in, but if the render above is any indication, a sky blue option would be suitable.

Google announced that it is developing a second-generation Tensor processor to replace the first-generation Tensor present in the Pixel 6 and Pixel 6 Pro. Google hasn’t specified what changes to anticipate, although we’d expect the kind of performance bump and power efficiency gains seen when CPUs are replaced.

The AI experiences provided by the Machine Learning core in the new Tensor chipset will be the bigger story. Google has not yet stated what these would be.

According to a Pixel 7 rumour, Google will not update the Pixel 7’s cameras from the Pixel 6. If this is the case, the Pixel 7 will have a 50MP primary camera and a 12MP ultrawide angle shooter, while the Pixel 7 Pro will have a 48MP telephoto lens. After all, those are the Pixel 6 camera specifications.

When Google debuted the Pixel 6, it updated the cameras, so it seems to reason that the hardware would remain unchanged with the next phones. We’re curious to see what new camera functionality Google adds by combining its computational photography expertise with the upgraded Tensor processor.

Apple iPhone 13 Review: Everything you need so far

iPhone 13 Pro vs iPhone 14 Pro : Everything You Need to Know