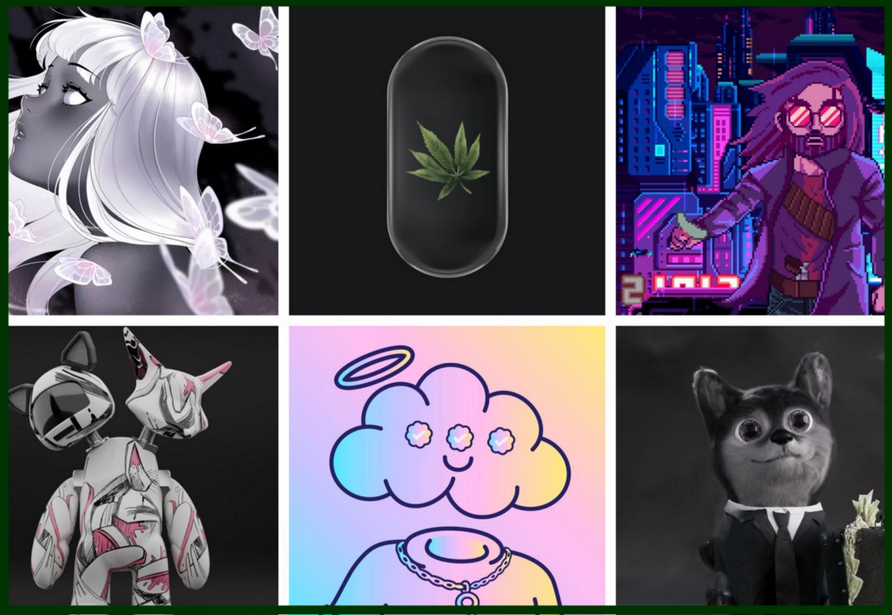 To assist you we finding the best Upcoming NFT Projects New NFT Drops 2022, we have developed a list of promising nft projects.

The NFT space has exploded in the last five years. The popularity of collections such as Cryptopunks, Crypto Kitties, and, more lately, the mighty Bored Ape Yacht Club has helped the NFT business find its footing. The NFT business, which is growing at an exponential rate, is predicted to reach $80 billion by 2025 and is being legitimised by companies such as Yuga Labs.

While this accomplishment is admirable, with hundreds of new initiatives launched every week, the vast expanse of the NFT market makes identifying the greatest upcoming projects challenging.

To assist you in locating the greatest new NFT drops (2022), we have developed a list of promising nft projects.

The list includes five upcoming NFT collections that we anticipate will pique the interest of collectors and investors alike. Each of these initiatives has something distinct about it that makes it stand out from the crowd.

The projects are as follows:

Guild of Guardians is a mobile RPG game with a traditional fantasy theme that will be released soon. Expect orcs, wizards, rogues, and warriors in the style of World of Warcraft, Diablo, and Dungeons and Dragons, as well as a play-to-earn game concept based on blockchain technology.

The game will be absolutely free to download and will not necessitate an initial cash investment, as some other cryptocurrency games do. This means that the game’s environment should be thriving and free of barriers to admission.

The game will emphasise tactics and the formation of a powerful team in order to complete quests, raids, and fight bosses. The money in the game will be “Gems,” which may be earned and traded in and out of the game.

The game’s developers are ensuring that players may assume complete ownership of hero, item, and pet tokens by using Immutable X, a layer 2 scaling solution for Ethereum. These can also be freely exchanged and sold on the open market, taking advantage of Immutable X’s minimal fees and near-instant transfer throughput.

Rich Cats Nation, which is hosted on the Binance blockchain, is a modest project with only 1,000 tokens in circulation. The NFTs are digital portraits of cat characters, each with their own set of characteristics, hairstyles, attire, and attitudes. Everything from sassy astronauts to punk knights can be found here, all created with high-quality line and ink assets.

Although the project is still in its early stages, the team behind it has a lot planned for the future, including some spectacular airdrops and souvenirs. With anticipation growing for the project, the 0.5 BNB floor price appears to be a steal. Rich Cats Nation NFTs are predicted to rise in value due to their inherent scarcity as a result of the limited quantity of tokens in the collection.

Token ownership entitles you to benefits such as future NFT airdrops, in-person meetups, exclusive products, and royalties. The project is worth considering because it has big aspirations for the future, including a metaverse avatar and a P2E game.

Meta Triads is one of the most intriguing projects to follow. The collection, as is increasingly customary, includes 10,000 algorithmically and aesthetically generated character tokens. In this scenario, Meta Triads shows characters with a cyberpunk look. The artwork is outstanding, with the tokens not only serving as avatars but also revealing a lot of information upon closer scrutiny.

The characters are available in 3 levels of rarity:

Furthermore, there is a single, exceedingly uncommon Meta Triad whose role will become evident in the project’s future…

However, the major reason to be interested about this project is that owning a Meta Triad NFT gives passive revenue. The project will introduce thousands of fashion labels to the Metaverse, as well as tools and an aggregator marketplace for converting physical things into virtual clothes. Meta Triad holders will get first access to these things, will receive sales commissions, and will own shares in this marketplace, receiving 9 $TRIA (the native ERC20 currency token) per day.

Meta Triad’s aggregator marketplace is one of the most fascinating ideas we’ve seen in terms of continued utility.

DeAngels is a collection of 8,888 “angel” characters with a realistic 3D graphic style that exists on the Ethereum blockchain. The characters are formed at random, with vastly diverse angels based on their distinct features and properties.

Over the course of its development, the project has garnered a tremendous amount of support and cultivated an eager and passionate community following. Aside from the aesthetic attractiveness of the collection, the project is also generating interest due to its thorough roadmap.

While the team feels that the project’s primary selling point is its art style, they believe that continual promotional campaigns, social media outreach, and ongoing utility will ensure the project’s long-term success.

This includes the launch of a second NFT project for DeAngel holders. While details are scarce, the team claims that “holders will benefit.”

The company is also excited to debut its deflationary breeding mechanic, which will inject growing scarcity into the project, as well as the “reveal of a one-of-a-kind game” in which individuals may generate money with little effort. The company has not yet revealed this component of the project, however they have stated that receiving passive revenue from your DeAngel token will include a “ticket” generated by the breeding mechanic.

The collection has a low floor price of 0.15 ETH because it is very early in the plan.

Silks, a play-to-earn game that uses the Ethereum blockchain, is maybe the most inventive NFT project on our list.

Silks is a game that combines a digital art style with the world of thoroughbred horse racing, with users owning NFT horses that are linked to real-world racing horses. The virtual representation of the horse will rely on “oracles” to provide information about the horse’s performance, training, and genealogy to the game.

The initiative will begin by releasing 10,000 “Silks Genesis Avatars,” which are horse riders in the Silks metaverse. Silks, on the other hand, will include four separate NFT collections when it is fully released:

The game will include a rich metaverse that will allow players to receive $STT prizes if their real-world horse counterpart performs well in a race. Owners, like real horses, can benefit from their Silk Horse NFT through breeding and “pinhooking,” which entails gambling on promising young horses.

Holders will continue to benefit from a community DAO regulated by a $SLK token that owners will get.

The Genesis Avatars are due to be released soon, with the rest of the project in the works.