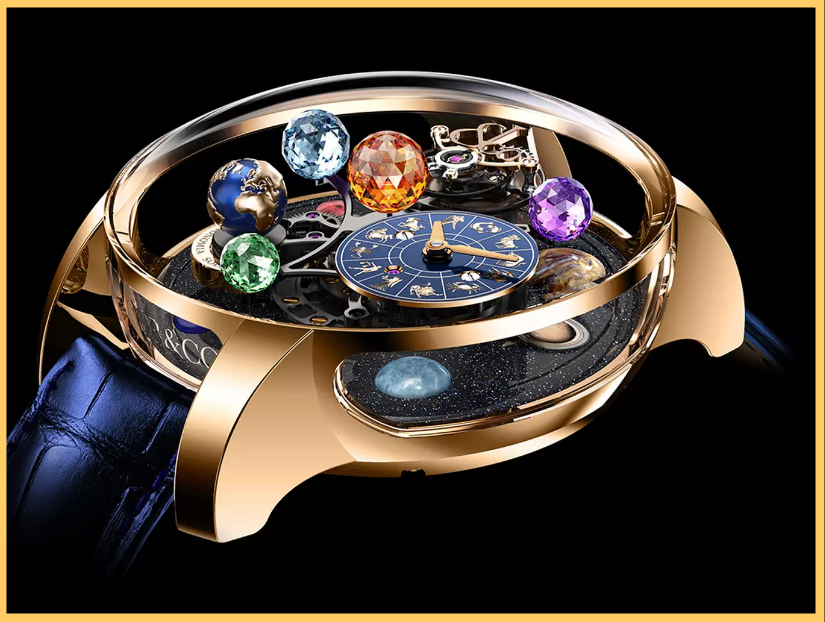 Space Watches that worn in Space, The first manned space flight took place 60 years ago in 2021. For the first time, humanity set off on its adventure to the stars and beyond in 1961. Since then, the goals of each mission, their outcomes, historical and scientific ramifications, and the equipment that made them possible have captivated our imagination.

None, however, has caught the popular imagination as much as the simple wristwatch has throughout the years. Yes, you read that correctly! Why, you might ask? It’s possible that this is due to the fact that wristwatches are so familiar to the rest of us, regardless of whether or not one is interested in space travel. Watches that can endure gravitational forces in excess of 6 Gs, temperature fluctuations ranging from -160 to +120 degrees Fahrenheit, and dramatic changes in external pressure in space are a perennial source of wonder, a curiosity as old as space exploration itself. So here, we bring you a selection of five Space Watches that worn in Space 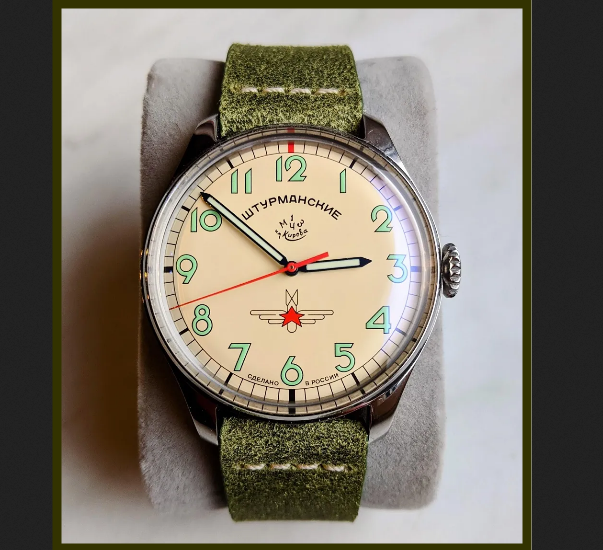 In addition to being the first nation to send a man into space, the Soviet Union also produced the first timepiece ever worn in space. Yes, that’s correct! Since 1954, the Moscow Watch Factory has been producing the Sturmanskie as a special issue watch for Soviet Air Force pilots. It was famous for its easy-to-read watch face, which featured large, bold numbers organised in a twelve-hour format, a red seconds hand, and sword-style minute and hour hands. Each Stumanskie also featured wings to represent flying, with the Red Soviet star in the centre. 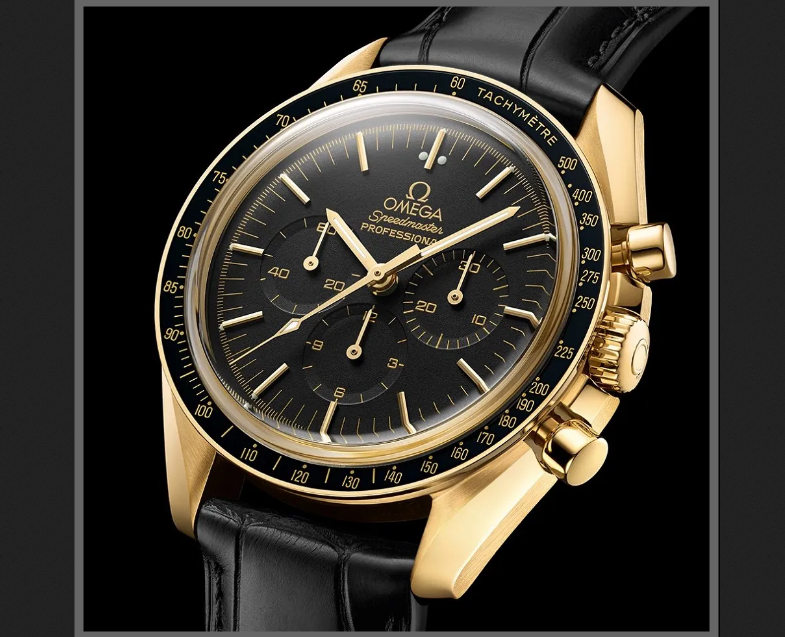 The Omega Speedmaster, arguably the most renowned of the watches worn in space, was the first watch to be worn on the moon on July 21st, 1969, when Buzz Aldrin wore it on his moonwalk. However, the watch Aldrin wore is now a lost piece of history, since Astronauts were supposed to return their timepieces to NASA after the completion of their mission, and Aldrin’s watch inexplicably disappeared while being carried to the Smithsonian Museum to be preserved.

Contrary to popular perception, Omega’s first spaceflight was not her first. Military pilot Walter Schirra was the first to wear the Speedmaster in space, which he purchased a few months before the Mercury-Atlas 8 mission, possibly to commemorate the occasion, which took place on October 3rd, 1962. Following this trip, NASA Program Manager and Aerospace Engineer Jim Ragan was tasked with locating mechanical watches that could be used as backups to digital timers used on missions. Omega, Longines, and Rolex sent in the Speedmaster, the 235T, and the 6328 “pre-Daytona” Chronograph, respectively, for the same. Each watch was submitted to a battery of gruelling testing, including being exposed to temperatures ranging from -18 to +18 degrees Celsius.

pressure chambers ranging from 10-6 atm, being exposed to steam with a humidity of at least 95 percent, in an environment of 100 percent oxygen for at least 48 hours, exposing the watches to shocks of 40 Gs each, and acceleration from one to 7.25 G’s in 333 seconds, among other things. The Omega Speedmaster was the only one to pass the testing, with the other two failing in the first round. As a result, it was certified for usage during Extra-Vehicular Activity (EVA), or “spacewalks,” and remains the only watch to have done so to date. 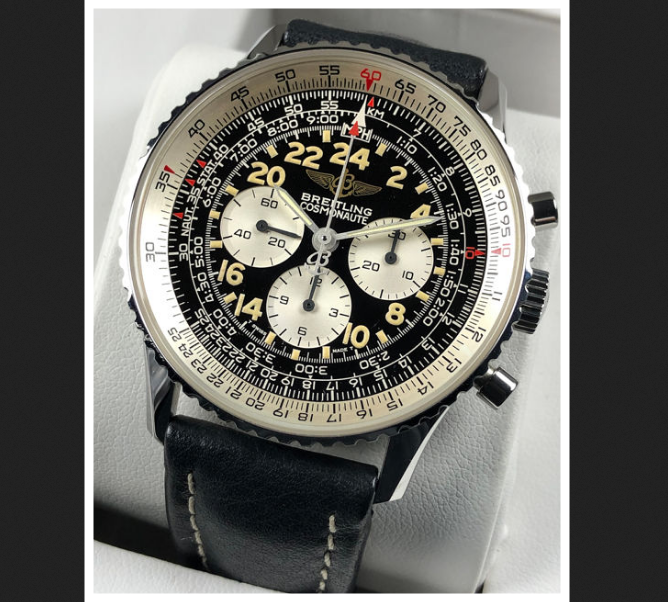 Lieutenant Commander Scott Carpenter was the first person in orbit to wear a Breitling. Each of the seven Mercury astronauts was assigned one unique job for the spaceship, with Scott in charge of developing onboard navigational equipment.
Scott had worn a Breitling Navitimer for much of the 1950s, so it was a logical choice for his trip to space. Scott, on the other hand, suggested that Breitling make three important improvements to the watch in order to make it more useful in space. The first alteration was to enlarge the normal watch’s bezel from 40.5 to 42.5 millimetres so that astronauts wearing thick gloves and protective gear could operate it. The second change he suggested was to remove the third scale to make the dial less ‘busy,’ and the third was to change the watch to a 24-hour format to make it easier for astronauts to tell the time, whether it was AM or PM.

Breitling and the Aircraft Owners and Pilots Association collaborated to create the Navitimer, a pilot’s watch. Since its debut in 1954, the Navitimer has featured three scales: two printed on the dial and one in the rotating bezel. The two standard outside scales can be used for multiplication and division, while the third dial can be utilised for speed and time calculations. The third scale, given in an HH: MM format, likewise converts minutes to hours. The watch’s numerals were in a 12-hour format.

The Cosmonaute, a new watch made by Breitling to Scott’s specifications, was generally recognised by the reference number 806 given to it in 1961, a year before Scott’s voyage to space.

Scott’s own Cosmonaute, which he acquired just three days before his mission in 1962, is still missing. When he returned to Earth, his craft landed in the Caribbean Sea 250 miles distant from its targeted splash spot. Because his arm was buried under water while awaiting rescue by US Navy vessels, his Breitling, which was unfortunately not waterproof, sustained significant damage. According to accounts, his watch was never seen again after being transferred to Breitling for repairs, and its current location is unknown. 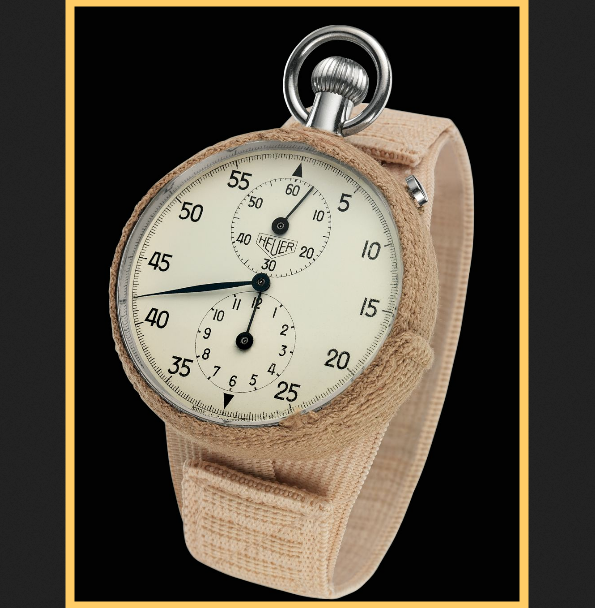 This is the first Swiss watch to be worn in space, worn by American astronaut John Glenn on the four-and-a-half hour-long ‘Mercury-Atlas 6’ mission in 1962, utilising elastic bands over his spacesuit. Aside from the aforementioned Shturmanskie, the Heuer is the only other watch worn in space that was not custom-built as a backup timer for a mission. It was notable for its straightforward two-register dial, which had a 12-hour and a 60-minute subdial. Aside from the little dials on the two registers, the rest of the dial is made up of a single, long, leaf-style hand and markers that are accurate to one-fifth of a second. Because it was never mass-produced, the 2915A remains a sought-after timepiece among horologists all over the world. To commemorate Hueuer’s 50th anniversary, Tag Heuer launched a limited edition Carrera 1887 SpaceX in 2012, restricted to only 2,012 pieces and priced at around $6,000. 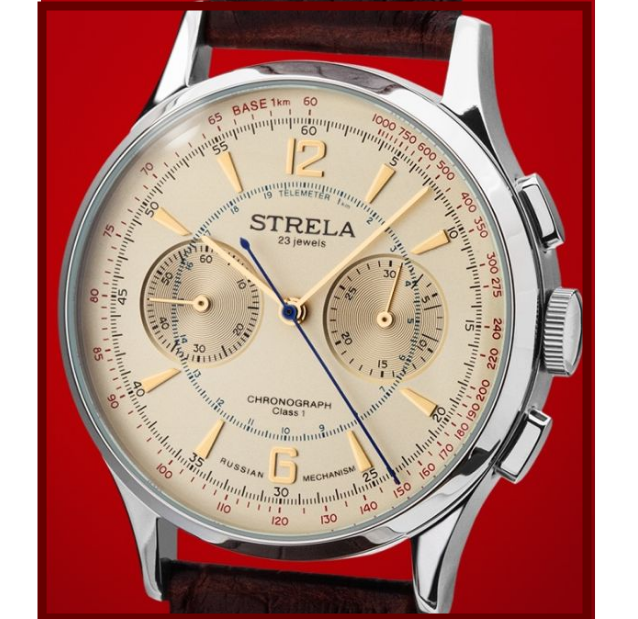 Between 1959 and 1979, Poljot’s Caliber 3017 Strela was the standard issue watch for all Soviet Air Force pilots and cosmonauts. The Strela became the first watch to be worn in space on March 18, 1965, when Cosmonaut Alexey Leonov, the first man to “walk” in space, stepped out of the Voskhod 2 wearing the watch. The model Leonov wore had a white dial with attached gold numerals at 12 and 6 o’clock, and narrow gold wedges at 1,2,4,5,7,8,10, and 11 o’clock. Three and nine, on the other hand, were left unmarked since the chronograph functions, notably the 45-minute counter and the running seconds counter, were placed in their appropriate positions.Strelas are still manufactured today and are available for purchase in the market, for those looking to own a little piece of space, as well as horology history!