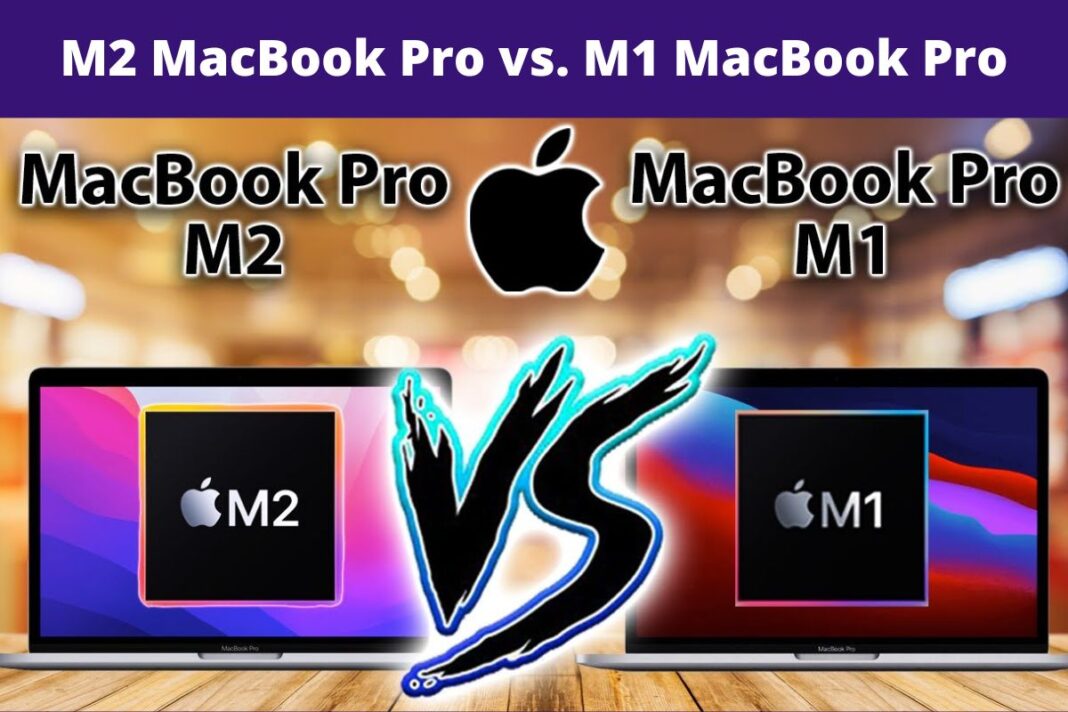 There are no differences in terms of design because Apple left the chassis and internal components the same, with the upgrade limited to the internal chips. The bezels remain the same, the Touch Bar remains, and the MacBook Pro continues to use USB-C with no MagSafe port.

In terms of GPU performance, the M2 outperforms the M1 thanks to two more cores. Geekbench Metal scores were 35% higher with the M2, while 3DMARK frame rate benchmarks showed the M2 achieving 40fps while the M1 achieved 29fps.

The list of miscellaneous features on both the M2- and M1-based 13-inch MacBook Pro are virtually identical.

Both models come in Silver and Space Gray, both have the same keyboard and trackpad, and both keep the same starting price of $1,299.

One major difference between the M1 and M2 models is the speakers. While both use stereo speakers, the M2 model supports Spatial Audio which can add a 3D effect for some audio tracks.

Additionally, the M2 13-inch MacBook Pro comes with a 67W charging brick instead of the 61W power adapter included with the M1 variant.