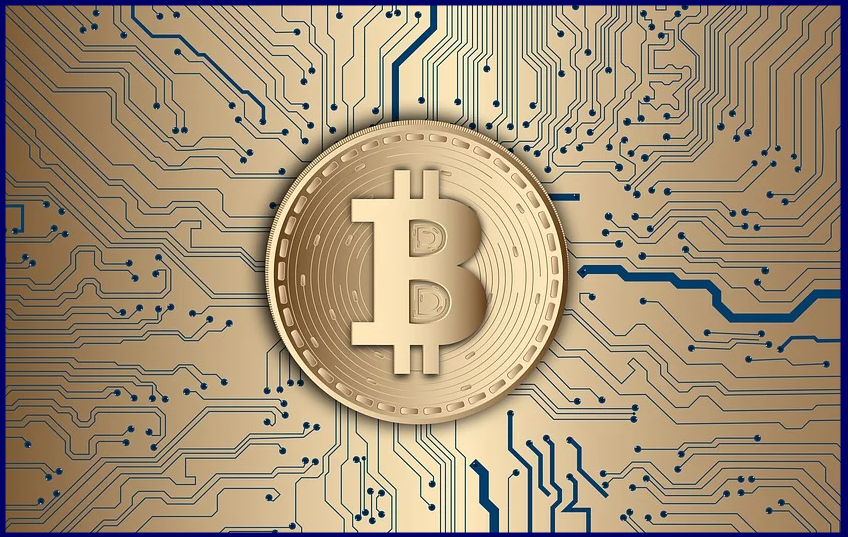 Do you also want to know, what is Cryptocurrency? So today in this article we will tell you everything about what is cryptocurrency and what does it consist of.

As things are progressing, and all things are becoming online, in the same way now digital currency means Cryptocurrency is also discussed, today we are going to give you some information about this, so let us know what is Cryptocurrency. ? and how it works.

Also, today you will know a lot more about cryptocurrency today, so let’s first know what is Cryptocurrency.

Cryptocurrency is a type of digital payment, in which the payment method is done completely in electronic form. These currencies, called cyber cash, are discussed all over the world. Cryptocurrencies can also be called virtual currency or digital currency.

You can neither see nor touch Cryptocurrency, because Cryptocurrency is not printed in physical form. That’s why it is called virtual currency. Such currency has become quite popular in the last few years.

It is a currency built on a computer algorithm. Cryptocurrency is not regulated by any government or institution. This currency is not owned by anyone and it is an independent currency.

In this particular cryptography is used, because it is a digital currency. This currency can generally be used to buy goods and for various services.

Read – What is NFT? How does it work? you can earn a lot of money from it.

Cryptocurrency exists only in digital form, and it can also be bought and sold online. Digital currency can only be used to buy and sell things online, you cannot use it for offline things. You can use it online only.

A cryptocurrency is a currency that is issued privately as a digital medium. It works on the basis of Distributor Ledger Technology (DLT) like cryptography and blockchain.

For easy understanding, a blockchain is a ledger in which transactions are recorded as blocks and linked using cryptography.

How does Cryptocurrency work?

Cryptocurrency actually works through Blockchain. That is, a record of transactions is kept in it. Also it is monitored by Powerful Computers, which is called Cryptocurrency Mining.

Cryptocurrency technology is such a technology, a platform where not only digital currency but also any thing can be digitized and its record can be kept.

Blockchain technology is a structure that holds public block records in multiple databases, known as “chains”, in a network connected via peer-to-peer nodes. Commonly, this storage is called a ‘digital ledger’, which is used in cryptocurrencies.

Which was the first Cryptocurrency?

The world’s first cryptocurrency is “Bitcoin”. Depositing it is called mining. Crypto currency can be easily transferred to any corner of the world and can be converted into any type of currency like Dollar, Euro, Rupee etc.

Transactions can be done through this currency without any medium through computer networks. At the same time, this digital currency is kept in a digital wallet, Digital Currencies have been banned in many countries, because of this many illegal works are being done.

It is also used to hide personal wealth. Some of the more wealthy people who want to hide their money, earlier used to take refuge in Swiss bank, but now it is difficult to deposit money there. Different cryptocurrencies are in trend in many countries of the world. Among these, the name of bitcoin is quite popular.

After that they have the option of buying gold, diamond etc., with the help of which they can hide the money somewhere. But all these things can also come in the eyes of the administration. So now after this, when bitcoin comes, they can easily buy bitcoin with their money. It is a fully digital currency.

Read- What is the Metaverse Exactly-2022 Best Guide

Payment can be made to any person in any corner of the world using this virtual currency and the most important thing is that there is no need to make any bank medium for this payment. It is based on peer to peer technology, in which no physical currency is required, now you can transact with it from anywhere.

A petition was filed in the Supreme Court by the Internet and Mobile Association of India (IAMAI) challenging the RBI circular. During the hearing in the court, IAMAI said that this move of the central bank has effectively banned legitimate trading activities in cryptocurrencies, in response to which RBI filed an affidavit in the court. RBI said that it has taken this step in view of the threat of money laundering and terror funding through cryptocurrencies.

What are the types of Cryptocurrency?

If we talk about Cryptocurrency and not talk about Bitcoin then it is not possible at all. Because Bitcoin is the first cryptocurrency in the world. Which was created by Satoshi Nakamoto in 2009. It is a digital currency that is used to buy goods and services only online. It is a de-centralized currency which means that there is no hand of government or any institution on it. If we talk about today, then its value has increased a lot, which is now around 13 Lacks, the value of a coin. From this you can find out about the importance of its present.

Apart from bitcoin, there are many other cryptocurrencies that can be used on special occasions, one of which is the “red coin”. It is used to tip people.

It was invented in the year 2011. It also works with the help of decentralized technology like named coin. With its help, bitcoin works much faster.

It is a platform designed for budding musicians where singers can value their music on their own. They can provide sample tracks of music for free. Plus, one can also get support from music enthusiasts and users on the platform. The main objective of this platform is to monetize independent artists.

Libra coin is a digital currency created by Facebook. Facebook is developing a wallet for Libra that will allow it to be stored. People will be able to buy and sell Libra as a cryptocurrency.

It is also a type of cryptocurrency in which a special type of security is used. This is known as the ring signature. It is widely used in dark web and block market. Smuggling is done with its help. Black marketing can be done easily with this currency.

The story of the formation of Dogecoin is quite interesting. It was compared to a dog to mock Bitcoin, which later took the form of a cryptocurrency. The name of its founder is Billy Markus. Like Litecoin, Scrypt Algorithm is also used in this.

Faircoin is part of a much larger grand socially-conscious vision which is a Spain-based co-operative organization also known as Catalan Integral Cooperative, or CIC.

Ripple released in 2012 and is based on distributed open source protocol, Ripple is a real-time gross settlement system (RTGS) which runs its own cryptocurrency also known as Ripples (XRP).

If we talk about the growth of crypto currency, then investing in it is a very profitable deal. Today there are about 1000 types of crypto currency in the market and the price of all these coins was negligible at the time of launch. However, in a few years, their price has also reached 1000 dollars. Now you just take bitcoin.

What are the benefits of Cryptocurrency?

What are the disadvantages of Cryptocurrency?

Precautions while investing in Cryptocurrency

If you are thinking of investing in cryptocurrencies, then you have to take some precautions before that, maybe these precautions will give a new direction to your investing process.

In a way, it is safe because Blockchain technology has been used in it, and it is also not safe, because it does not have the authority of the government.

Which is the best crypto currency?

The cheapest cryptocurrency is Shiba Coin which costs INR ₹0.002390

What is Digital Currency?

Digital currency is also called e-currency or cryptocurrency, in which the payment method is done completely in electronic form.

So friends today you know what is Cryptocurrency? And today almost you must have got all the information about cryptocurrencies very well. If still you do not understand anything, and you want to ask us, then you can ask in the comment box below.

Or if you also want to tell us something, then you must tell us. And also share this article with your friends and tell them also about cryptocurrency.